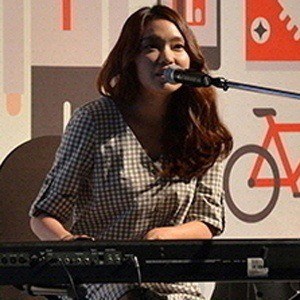 Korean singer and pianist who came to fame as the second runner-up on SBS's K-pop Star Season 4. Her first full-length album, Unvisible, was released on Chili Music Korea in 2013.

She attended the Seoul Institute of the Arts.

She sang the song "Again Again Again" for the soundtrack to the television show Weightlifting Fairy Kim Bok-joo.

She was born in Gwangju, South Korea.

She received praise from American singer Jason Mraz for her performance on K-pop Star Season 4.

Lee Jin-ah Is A Member Of