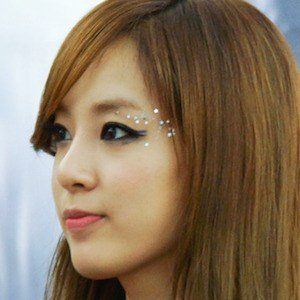 Actress and former singer with the girl group After School who signed with Better Entertainment in 2015 after her contract expired with Pledis Entertainment. She has had supporting roles in Jeon Woo-chi and A New Leaf.

She signed with Pledis Entertainment in 2008 and would make her acting debut in 2010's Smile Again. She also appeared on the variety show Invincible Youth that year and had previously appeared in a couple of music videos.

She led the Blue sub-unit as part of G7 in the variety show Invincible Youth. She majored in broadcasting at Dongduk's Women's University.

She and Rebekah Kim were both members of the all girl group After School.

Lee Joo-Yeon Is A Member Of