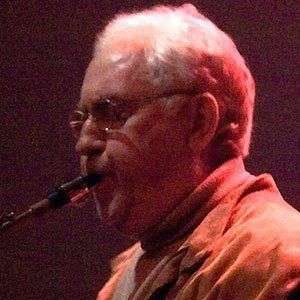 He was inspired to play music by listening to big swing bands and was invited to play with the Teddy Powell Band in 1945.

He performed with Miles Davis and the sessions they recorded were released on The Birth of Cool.

Konitz collaborated on many recordings as a bandleader, including work with Dave Brubeck.

Lee Konitz Is A Member Of