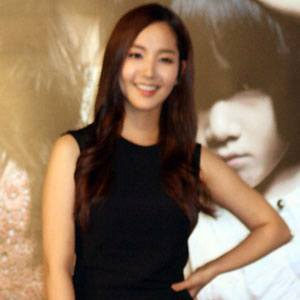 Actress who starred as Kim Yoon-Hee on the series Sungkyunkwan Scandal in 2010 and played Kim Na-na in City Hunter in 2011.

Her debut role came in 2006 in the popular film Unstoppable High Kick, after which she was cast in I am Sam.

In an interview in 2010 she admitted she didn't always have "goddess-like looks," and in fact had plastic surgery because she was taunted so much in school.

She reportedly dated City Hunter co-star Lee Min-ho from August, 2011 to January, 2012, though their respective agencies denied the breakup.

She co-starred with Park Yoochun on Sungkyunkwan Scandal.

Park Min-young Is A Member Of