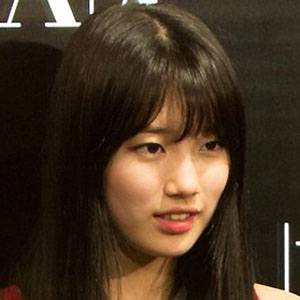 Member of the South Korean girl group Miss A who also starred in the TV drama Dream High and in the film Architecture 101.

She auditioned for Mnet Superstar K; though she was eliminated early on, a JYP Entertainment scout signed her to the label, adding her to Miss A.

She has been the host of several music shows.

J.Y. Park co-starred with Suzy on the show Dream High.

Bae Suzy Is A Member Of