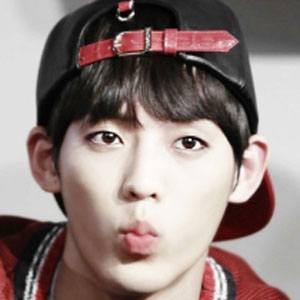 South Korean rapper, singer, actor, and dancer best known as a member of the K-Pop boy band BtoB. He has played a role in the movie "The Swordsman" in 2020.

He was an actor in jTBC's Living In Chungdamdong before joining BtoB.

He made his leading man debut in the film Irresistible Lips in 2012. He appeared in a web show called "Back to the Idol" in 2020.

He grew up with an older brother.

He and SS501's Kim Hyun-Joong have both been members of popular South Korean boy bands.

Lee Minhyuk Is A Member Of