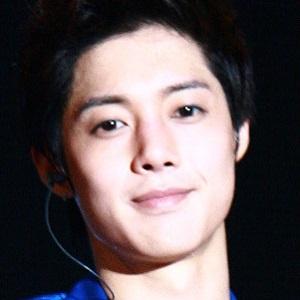 Frontman for the South Korean boy band SS501 who also played Yoon Ji-hoo in the 2009 Korean drama Boys Over Flowers.

He burst onto the entertainment scene in 2005 as the leader of SS501. He appeared in the show Thank You For Waking Me Up and with the rest of the group on Idol World.

He released his first solo albums, Break Down and Lucky, in 2011.

He was born in Seoul, South Korea and has an older brother.

He co-starred with Ku Hye-sun in Boys Over Flowers.

Kim Hyun-joong Is A Member Of