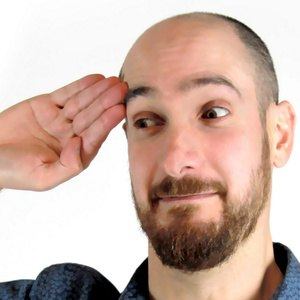 Comedian best known as one third of the musical comedy group The Axis of Awesome. The group has performed at prestigious festivals around the world and has earned a massive following on their self-titled YouTube channel, reaching more than 330,000 subscribers.

He and Axis of Awesome teammates Jordan Raskopoulos and Benny Davis formed in 2006 after spending their college years at the University of Sydney performing in improv theatre.

He is the co-creator, director, and star of the live show Scrabble Unscripted which has been performed at festivals like the Sydney Comedy Festival.

He has a son named Max.

One of Axis of Awesome's most popular songs "4 Chords," with more than 25 million YouTube views, features songs by mega artists like Beyonce, Lady Gaga, and Eminem.

Lee Naimo Is A Member Of