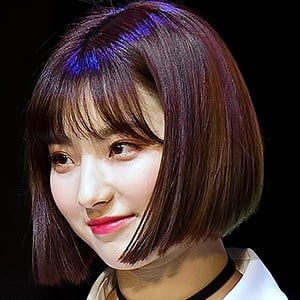 She was a model who appeared in a commercial for Korea Customs Service.

She competed on the second season of the Mnet survival dance show Fromis 9 in 2014.

She was born in Suwon, South Korea.

Lee Sae-rom Is A Member Of