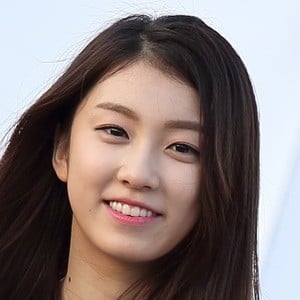 She trained for two years at Music K Entertainment after she joined in 2013.

She graduated from the Broadcasting and Entertainment Department at Hanlim Multi Art School in February 2017.

She was a member of The Ark with Jeon Minju and Euna Kim.

Lee Su-ji Is A Member Of