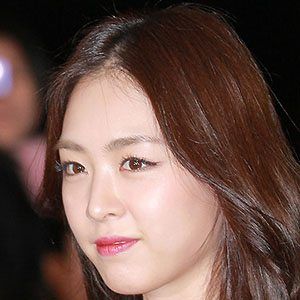 After signing with South Korea's S.M. Entertainment talent agency, this popular actress appeared in films such as A Millionaire's First Love, M, and Hello, Schoolgirl. Between 2006 and 2013, she was nominated for Korean Film Awards, Baeksang Arts Awards, and SBS Drama Awards.

She made her screen debut at the age of thirteen, appearing in a music video for vocalist Moon Heejun's song "Alone." Three years later, she was cast as a young Junghwa in the television series Sea God.

Her role in the South Korean series East of Eden earned her 2008 MBC Drama Awards for Best New Actress and Best On-Screen Couple (with Song Seung-heon).

She grew up in South Korea's South Jeolla and Gyeonggi provinces.

She and Han Geng were featured on Super Junior's popular 2009 album Sorry, Sorry.

Lee Yeon-hee Is A Member Of