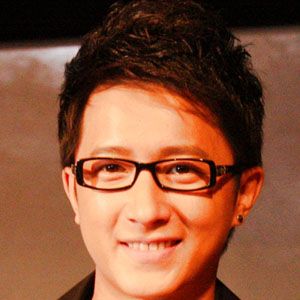 Singer and performer who was a member of Super Junior, the group that has released singles like "U" and "Sexy, Free and Single."

He always loved to dance and was accepted into the highly prestigious Central University for Nationalities when he was only twelve.

He has mastered all fifty-six types of traditional Chinese dances from the fifty-six Chinese ethnic groups.

He was born in Mudanjiang, China.

He and singer Alexandra Stan have both been nominated for MTV European Music Awards.

Han Geng Is A Member Of