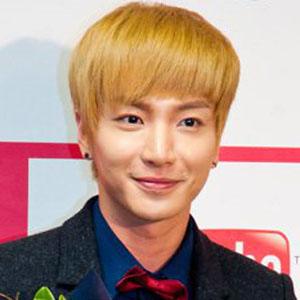 He was a model and appeared as an extra in MBC Korean show All About Eve.

His real name is Park Jeong-su.

He was born as the youngest in his family. His parents separated when he was five years old in 1988.

Leeteuk has sang with Eunhyuk in the band Super Junior.

Leeteuk Is A Member Of