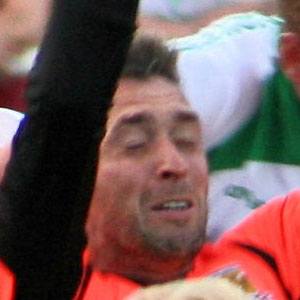 Goalkeeper who played for the Rangers F.C. from 2001 to 2012. He spent a season with Besiktas before joining Hull City in 2013 and he became a member of the Scottish national team in 2007.

He was a five-time Scottish League Cup Champion with the Rangers between 2002 and 2011.

He had a daughter named Noelle with longtime romantic partner Leah Shevlin.

He was teammates with Spanish striker Nacho Novo from 2004 to 2010.

Allan McGregor Is A Member Of