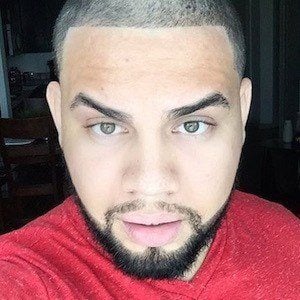 Social media phenomenon with more than 2.4 million followers on Instagram. He first grew his popularity on Vine by creating hilarious videos poking fun at his own Hispanic heritage.

He helped promote the Disney film McFarland, USA in a Vine video called "When Hispanic Mothers yell the 'Food is Ready' with the cast of #McFarlandUSA In partnership with Walt Disney Pictures #TeamLeJuan." He also sponsored the film Annabelle.

He is of Puerto Rican and Dominican descent and has been based out of Orlando, Florida. He has a sister named Nani. His wife is YouTube beauty guru Camilaa Inc.

LeJuan James Is A Member Of