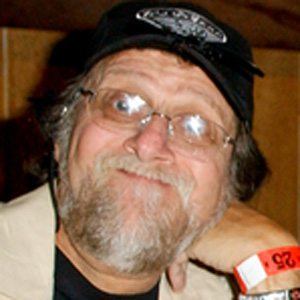 American comic book editor and writer who co-created the DC Comics' Swamp Thing and Marvel Comics' Wolverine. He was inducted into the Will Eisner Comic Book Hall of Fame in 2008.

He grew up as a sickly child reading comic books to help keep him entertained and started drawing superheroes to pitch to the DC Comics editorial staff as a teenager.

He won various awards for his work including the 1982 Comics Buyer's Guide Award for Best Editor.

He has been married twice.

He collaborated with writer Kurt Busiek on the four-issue miniseries Conan: The Book of Thoth for Dark Horse Comics.

Len Wein Is A Member Of