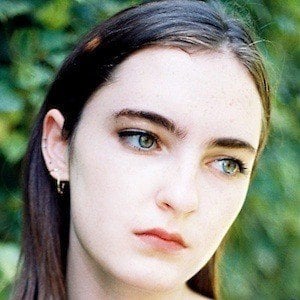 Independent singer known for her single "Belong To You" and award-winning album "Oko." Her music has appeared on the show The Vampire Diaries and Rolling Stone named her one of "10 Artists to Know" in 2014.

She started writing music when she was 12. She uploaded her first song, "Framed," to MySpace.

She loves art and frequently goes to museums, although she doesn't identify herself as a visual artist.

She grew up in Los Angeles and says all of her siblings are creative.

Her EP "Is There Only One?" was produced with the help of Noah Georgeson.

Lena Fayre Is A Member Of