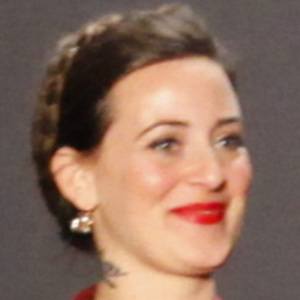 Austrian designer and stylist whose sought-after work is known for its traditional, old-world inspiration and meticulous execution. She has over 90,000 followers on Instagram and over 50,000 on Facebook.

She showed at the Mercedes-Benz Berlin fashion week for the first time 2009 before she had turned 30.

She developed her appreciation for traditional craftsmanship while learning to sew traditional Austrian dirndls with her grandmother when she was 13.

Model and showgirl Gia Genevieve is fond of her designs and is pictured wearing one on Hoschek's Instagram.

Lena Hoschek Is A Member Of