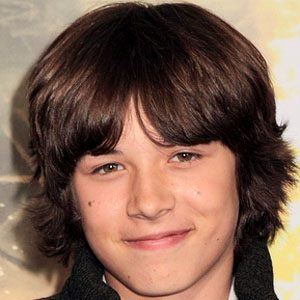 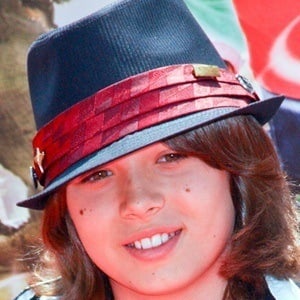 Actor, model, and martial artist who won a Young Artist Award in 2010 for his role as Laser Short in the film Shorts. In 2011, he played a young Conan in Conan the Barbarian and in 2009, he played a young Snake Eyes in G.I. Joe: The Rise of Cobra alongside Dennis Quaid and Channing Tatum.

He won three world championships in martial art competitions by the time he was eight. He went to Tri-City Christian Schools in Vista, California.

When he was nine years old, he became the youngest person to perform with the Mullins Sideswipe traveling martial arts group. He performed his own stunts in the film G.I. Joe: The Rise of Cobra.

His parents specialized in breeding English bulldogs at the Big Bulldog Ranch. His mother's name is Randye and his father's name is Todd. He was in a relationship with model Madeleine White. He subsequently began dating Natasha Hall.

In 2011, he began playing Jack in the series Kickin' It alongside Mateo Arias.

Legacies
Shake It Up
Kickin' It
More