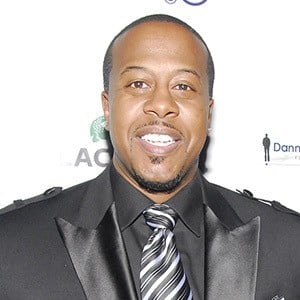 Comedian, radio personality and actor best known as the co-host of the The Chicago Morning Takeover on WGCI. He has acted in comedies like Not Another Zombie Movie...About the Living Dead (2014) and Not Another Black Movie (2016).

He grew up in Chicago, Illinois and began doing stand-up in 1996.

He is a multiple-time winner of the Chicago Music Awards Comedian of the Year award.

He married a woman named Nicole.

He was the announcer on the Hannibal Buress comedy special Live from Chicago (2014).

Leon Rogers Is A Member Of