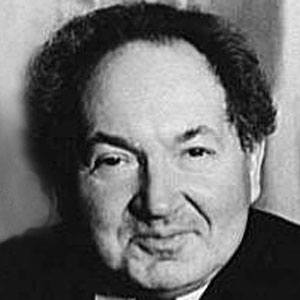 Self-taught musician, composer, and educator known for his theories about economy of motion in piano playing and relaxed weight.

He relocated to the United States in the 1880s, making his concert debut in 1884 in Boston.

He also became known for transcribing other composers' works of which 53 Studies on Chopin's Études was the pinnacle.

He was the child of Jewish parents, but his father unfortunately died while he was a child. His mother and foster parents then raised him.

His theories were later espoused by pupil Heinrich Neuhaus.

Leopold Godowsky Is A Member Of