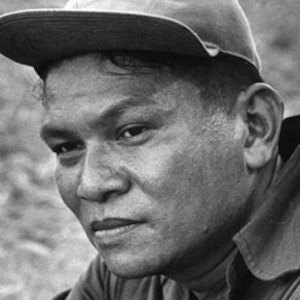 The seventh President of the Republic of the Philippines, who served from December 30, 1953 until his death in a 1957 aircraft disaster.

He was an automobile mechanic before becoming a guerrilla leader during the Pacific War.

His administration was considered one of the cleanest and most corruption-free and his presidency is often cited as the Philippines' Golden Years.

He had three children with Luz Magsaysay, who he married in 1933.

He was a strong ally to the United States while Dwight Eisenhower was President.

Ramon Magsaysay Is A Member Of