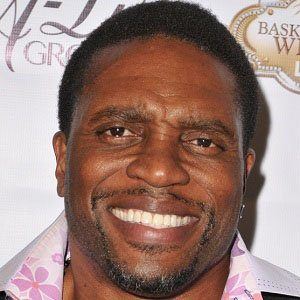 Perhaps most known for his role as Terry Tate: Office Linebacker in a series of Super Bowl commercials for the Reebok footwear brand, he is also notable for his recurring role as Calvin Scott on ABC's My Wife and Kids. His film credits include Ring of Death, Transformers: Dark of the Moon, and Harold & Kumar Escape from Guantanamo Bay.

Before launching his acting career, he played Division I football at Morgan State University and briefly pursued pro-football and wrestling careers.

His voiceover work for the Gears of War Xbox game earned him a 2007 G-Phoria Award.

The child of Richard Speight and Gussie Watson, he was raised in Baltimore and Millersville, Maryland.

He played the role of Blue in Eddie Murphy's 2007 film Norbit.

Lester Speight Is A Member Of