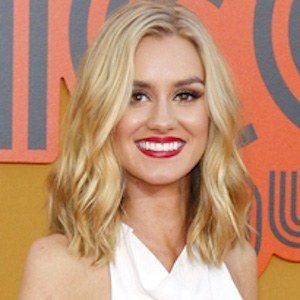 Actress known for her appearance in the pilot of Fear the Walking Dead, where she played Gloria, the show's first zombie. She then landed a part in the 2016 movie The Nice Guys.

She began modeling as a child, joining Wilhelmina in 1996 at the age of four. She also spent five years with the Susan Chambers School of Theater & Dance growing up.

Her first recurring acting role came in 2004, when she played the character Circus in the five Sugar Creek Gang movies.

She was born to Mitchel and Yvette Johnson and has a brother named Ian.

She appeared alongside Frank Dillane in the pilot of Fear the Walking Dead.

Lexi Johnson Is A Member Of