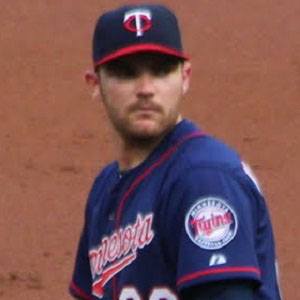 Pitcher who has represented his native Australia at several events, including the the World Baseball Classic and Baseball World Cup. In Major League Baseball, he has played for teams like the Minnesota Twins and Toronto Blue Jays.

He was born in Perth, Western Australia and pitched in the minor leagues for the Gulf Coast League Twins.

He was named the Minnesota Twins' Minor League Pitcher of the Year in 2011.

He married a woman named Kristi.

He and pitcher Ryan Rowland-Smith have both represented Australia at the World Baseball Classic.

Liam Hendriks Is A Member Of