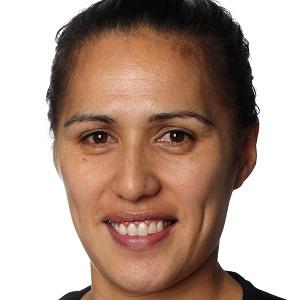 Netball player who won Commonwealth Games and World Netball Series gold medals with the Silver Ferns, the New Zealand national team. She has played for teams like the Southern Steel and Central Pulse in ANZ Championship.

She was born Liana Barrett-Chase in Taihape, New Zealand.

She was named Most Valuable Player of the 2010 ANZ Championship season.

She and Adine Wilson have both competed for the Silver Ferns.

Liana Leota Is A Member Of