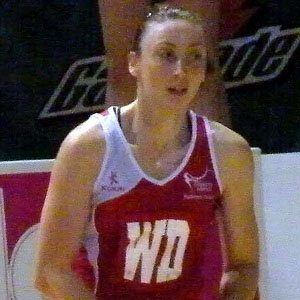 Netball Hall of Famer who has won international medals representing England at the Commonwealth Games and FastNet World Netball Series. In the ANZ Championships, she has played for teams like the Northern Mystics, Canterbury Tactix and NSW Swfits.

She began playing for the English national team in 2002 and made her senior debut the next year.

She was named Mainland Tactix Members' Player of the Year in 2014.

Her sister is former netball and hockey player Ashley Hall.

She and Geva Mentor are both famous English women's netball players.

Jade Clarke Is A Member Of