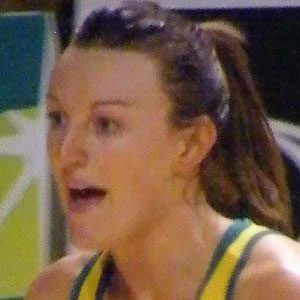 Australian netballer player who established herself as one of the best ever to represent her country, winning gold medals with the Australian national team at the 2007 Netball World Championships and 2014 Commonwealth Games.

She began playing netball on the Mornington Peninsula at age 11 and, at 18, became one of the youngest netballers ever to represent Australia.

In 2011, she was given the Vixens' Most Valuable Player award for stepping in as the team's sole captain following an achilles injury to Sharelle McMahon. She won four Commonwealth Bank Trophy Premierships with the Melbourne Phoenix from 2000 to 2005 and led the Melbourne Vixens to an ANZ title in 2014.

She was born in Somerville, Mornington Peninsula, Victoria.

She was teammates with Laura Geitz on the 2014 Australian Netball Diamonds Commonwealth Games team.

Bianca Chatfield Is A Member Of