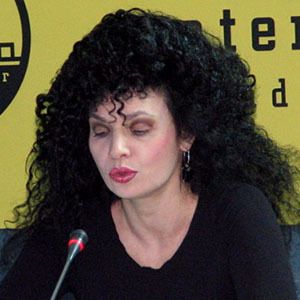 Actress and politician who became a household name in Serbia by playing Violeta on the long-running soap opera Bolji Zivot. She has gone on to act on shows like Sifra Despot and in films like Lutalica (1987) and Afterparty (2017).

She made her screen acting debut on the film How I Was Systematically Destroyed by an Idiot (1983).

She represented the Serbian Radical Party in Serbian Parliament from 2007 to 2012.

She was married to soccer player Mitar Mrkela from 1991 to 2000. She has children named and David.

Lidija Vukicevic Is A Member Of