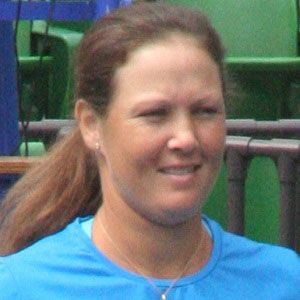 In late 2007, she earned the tennis doubles title of co-World No. 1 (sharing the honor with Cara Black).

She spent the first fifteen years of her life in Durban, South Africa, and the remainder of her youth in the United States. She eventually settled in Houston, Texas, with her husband Tony Huber.

She and Lindsay Davenport were partners in the doubles event at the 2008 Beijing Olympics.

Liezel Huber Is A Member Of