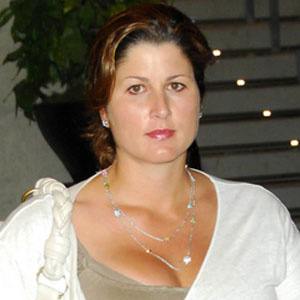 Professional tennis player from Switzerland who competed in the 2000 Olympics and had a WTA singles world ranking of no. 76 in Septemeber, 2001 and a doubles ranking of World no. 215 in August, 1998.

She started playing tennis as a child after she went with her father to a tournament at Filderstadt in Germany.

She had her best Grand Slam performance in 2001 when she reached the third round of the U.S. Open.

She married on April 11, 2009. The couple has identical twin daughters, Myla and Charlene.

Venus Williams has also been a professional female tennis player.

Mirka Federer Is A Member Of