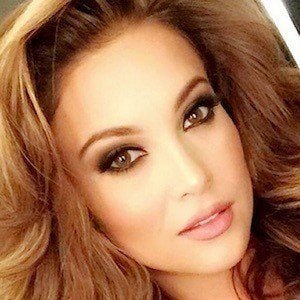 Top 5 finisher on the 2016 season of Nuestra Belleza Latina who was formerly crowned as Miss Houston 2014 and Miss Kemah 2015. She was also the first runner-up for Miss Texas USA.

She began attending the University of St. Thomas in Texas in 2011 where she studied communications and TV broadcasting.

After her pageant career, she became an entertainment and traffic reporter.

She was born in Mexico City, and moved to Houston, Texas when she was young.

She and Madison Payne have both earned the crown of Miss Houston.

Ligia Uriarte Is A Member Of