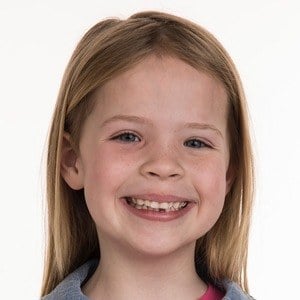 Featured alongside her sister, brother and parents, she is a star of the YouTube channel Tic Tac Toy. More than 5 million subscribers would tune in to watch their hauls, skits, games, challenges and adventures. She was featured in the "Addy and Maya are Back at Toy School !!!" video which has received over 51 million views since it was released in March of 2018.

Her family's channel was launched in December of 2015.

She loves drawing and playing with friends. She wants to be an artist when she grows up. A real fire truck was brought in for her 5th birthday party.

She and her siblings Addy and Colin were raised by parents Lucy and Jason. They have a dog named Sandy.

Her parents used Instagram to show that they went to a production of Lin-Manuel Miranda's Hamilton at the Hollywood Pantages Theater in Los Angeles, California.

Maya Maxwell Is A Member Of