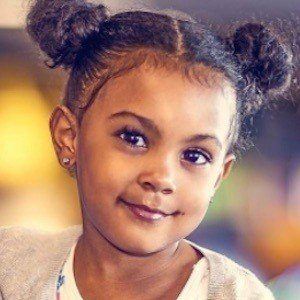 Widely known for appearing alongside her sister Alexis on the McClure Twins YouTube channel, which has earned over 2.3 million subscribers. They also star on their family channel, The McClure Family. She was featured with her sister on the Forbes Top Kid Influencer list in 2017.

She appeared in her first video on the McClure Twins YouTube channel in January 2015.

In October 2016, her video "Dada eats all the food!" went viral, and she was profiled in various high-profile publications, such as the Daily Mail. She has also collaborated with the Hot Wheels toy car company.

A clip from her "Twins realize they look the same!" YouTube video was featured on a November 2016 episode of the Fox News TV show Special Report with Bret Baier.

Ava McClure Is A Member Of