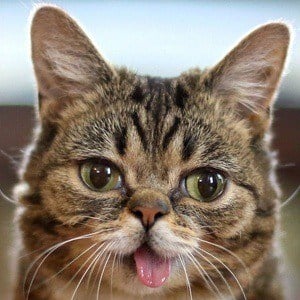 Celebrity cat who starred in the documentary Lil Bub & Friendz. It premiered at the Tribeca Film Festival in 2013 and won the Tribeca Online Festival Best Feature Film.

She was the runt of the litter born with several genetic conditions including osteoporosis. Experiment.com started a campaign to breakdown her genome.

She had her own calendar sold in Urban Outfitters for 2014. She appeared on Good Morning America in August 2012.

Her owner was Mike Bridavsky.

Her owner decided not to sign with Grumpy Cat's agent.

Lil Bub Is A Member Of