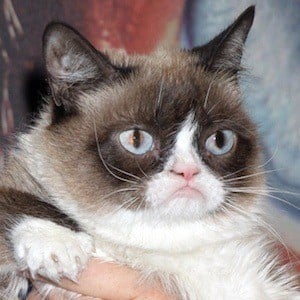 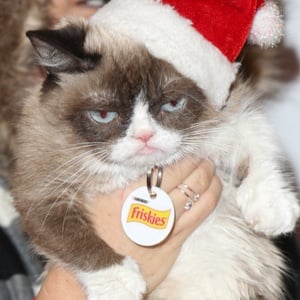 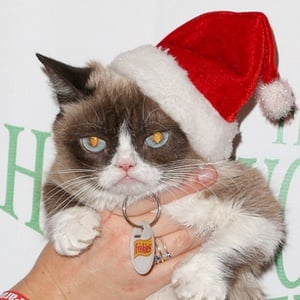 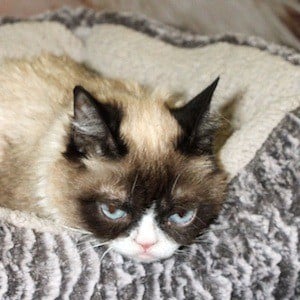 Known for her permanently grumpy face, she was a social media sensation cat, earning over 2 million followers on Instagram. Her real name was Tardar Sauce. Her face is often used in internet memes that spew negativity and general dislike for everything.

She first gained recognition when Bryan Bundesen, her owner's brother, posted a picture of her to Reddit in September 2012 and the image went viral.

Her facial appearance was due to an underbite and feline dwarfism.

She was born in a litter of four kittens to a calico mother. Tabatha Bundesen was her owner.

She appeared opposite Ethan Wacker in a 2016 episode of the Disney series Bizaardvark.

Grumpy Cat Is A Member Of