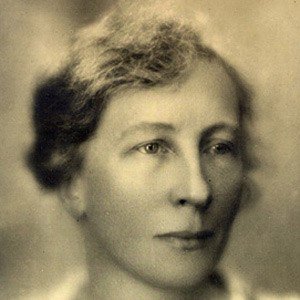 American psychologist and industrial engineer known for her work in time and motion study. She is considered the first industrial/organizational psychologist.

She got her Ph.D in industrial psychology from Brown University in 1915, becoming one of the first female engineers to do so.

The books Cheaper by the Dozen and Belles on Their Toes were written by her children and detail their family life and how they applied their study to their family's daily life.

She married in 1904, and they eventually had thirteen children.

She was played by actress Myrna Loy in the film adaptation of Cheaper By the Dozen.

Lillian Moller Gilbreth Is A Member Of