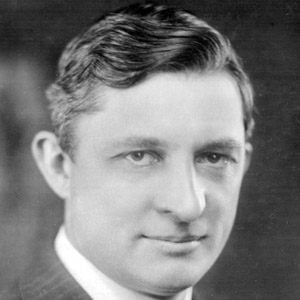 Engineer and inventor who is credited with inventing the modern system of air conditioning. After relocating his company (Carrier) from New Jersey and Pennsylvania to New York, he became one of the largest employers in the city.

He studied engineering at Cornell University.

He first displayed his revolutionary air conditioning system at the New York World's Fair in 1939. The invention was popularized in the post-World War II years.

He was married three times-- to Claire Seymour, Jennie Martin, and Elizabeth Wise-- but he fathered no children.

Willis Carrier Is A Member Of