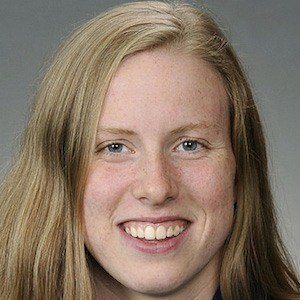 She first began swimming at 7 years old. She won her first junior national title in the 100-yard breaststroke at the U.S. Winter Junior Nationals when she was 16.

She made headlines for wagging her finger at competitor Yulia Efimova, who was previously banned for drug use, during the 2016 Summer Olympics.

She was born into an athletic family from Evansville, Indiana. Her father ran track and cross country at Indiana State and her mother swam for Eastern Kentucky University and Illinois State University. She also swam for her college team at Indiana University.

She and former Olympic swimmer Jessica Hardy have both won gold medals in the Summer Olympics.

Lilly King Is A Member Of