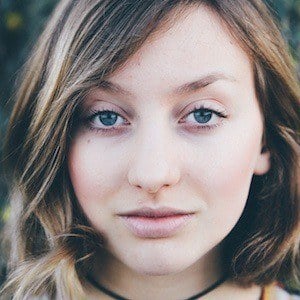 Rising actress who became best known for her recurring role on the MTV show Teen Wolf as Lori Talbot.

She starred in a Theatricum Boticanicum production of To Kill a Mockingbird in the role of Scout Finch. She co-wrote and starred in a 48 Hour Film Project movie called Headache alongside her sister Claire Bryett Andrew and her best friend Cassandra Sage Briskman.

She and her sister help run a foster care for rescued dogs.

She and her family took residence in Los Angeles, though they travel the country for her and Claire's acting careers.

She has been featured alongside Dylan O'Brien, Tyler Posey and other Teen Wolf cast members.

Lily Bleu Andrew Is A Member Of