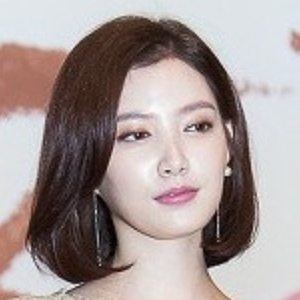 South Korean actress who is particularly known for her portrayal of the character Yoon Ha-na in the horror series Soul. She began her time on the series in 2009. That same year, she received the MBC Drama Award for Best New Actress for her work on the show.

She earned her first professional acting credit with an appearance in the 2005 South Korean filmic adaptation of Wuthering Heights. The following year, she was cast in a guest starring role on the South Korean KBS2 series Drama City.

In 2012, she made her first appearance on the KBS2 romantic comedy series Wild Romance as Kim Dong-ah. In 2015, she appeared in the film Don't Forget About Me as Bo-young.

She appeared alongside Lee Dong-wook in the TV series Wild Romance.

Lim Ju-eun Is A Member Of