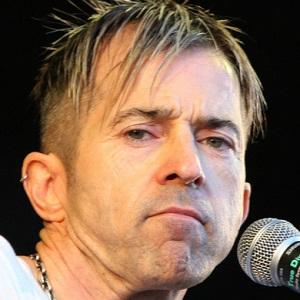 English pop star who rose to fame in the 80's as the leader of the band Kajagoogoo. After going solo, he scored the biggest hit of his career with "The NeverEnding Story" in 1984.

He originally wanted to become an actor and performed in a touring production of Joseph and the Amazing Technicolor Dreamcoat.

He was a contestant on the ITV reality series I'm a Celebrity...Get Me Out of Here! in November 2012.

His birth name is Christopher Hamill. He has two brothers and a sister.

He played with bassist Nick Beggs in Kajagoogoo.

Limahl Is A Member Of