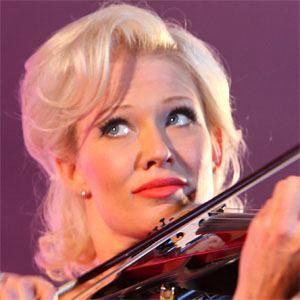 A musical prodigy who has gone on to perform chamber music all around the world, as well as rock and pop music, world music, and jazz.

She was raised by a Finnish family and began singing before playing violin; her first solo was reported on by Vasabladet when she was eight years old. She attended the Sibelius Academy and was the Finnish National Opera Orchestra's first violin for three years.

She is also a ballroom dancer and competed in the Swedish version of Dancing With the Stars called Let's Dance.

She married a Swedish lawyer named Martin Cullberg and they have two children.

During the first season of The X Factor, which is based on the franchise owned by Simon Cowell, she was a judge.

Linda Brava Is A Member Of