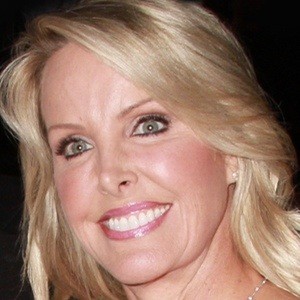 Became known as the girlfriend of the Patriots head coach Bill Belichick. She's also served as the director of The Bill Belichick Foundation.

She was a pageant contestant and runner-up in the Mr. Arkansas Pageant.

She's the mother of twin girls, Ashley and Katie Hess.

Linda Holliday Is A Member Of