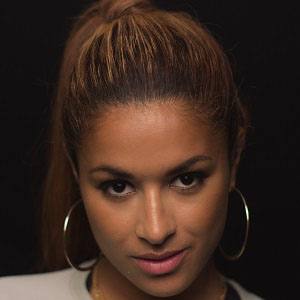 Swedish rapper who first gained major attention in 2013 with her EP Matriarken and received the Grammis Award for New Artist of the Year. She later received several 2015 P3 Guld awards, including one for Song of the Year for "Knapper Mina Fingrar - Remix."

She and her parents moved from Colombia to Sweden shortly after she was born. She went to high school at Fryshuset.

In 2013, she was the subject of the six-episode SVT documentary "Linda Pira - Som du Inte Visste."

Her parents are Zulima and Kjell Giraldo. She has two sons.

Linda Pira Is A Member Of