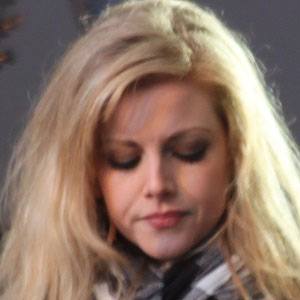 Canadian country music singer, guitarist and pianist who has earned critical praise for singles like "Trippin' On Us" and "Shut Me Up." She signed to Stoney Creek Records in 2013 and has earned opening slots for artists like The Band Perry and Keith Urban.

She began playing piano at age 6 and guitar at 10. She was discovered by Randy Bachman of The Guess Who fame at 13.

In 2014, she was nominated for the Rising Star and All Star Band honors at the Canadian Country Music Association Awards.

She has an older brother named Shawn. She dated DJ Bobby Bones from 2016 until 2017.

She toured with Chicago blues guitarist Buddy Guy in 2008.

Lindsay Ell Is A Member Of