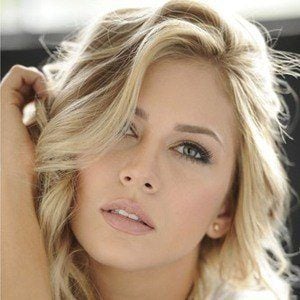 Model who is best known as the face of the Colombian lingerie brand Bésame.

She had never anticipated becoming a model, instead having aspirations to become a pilot.

In 2007, she began serving as the face of lingerie brand Espiral.

She has a son and a daughter.

In 2011, she appeared in reggae artist Don Omar's music video for his song "Taboo."

Lina Posada Is A Member Of