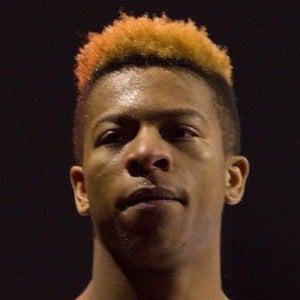 Professional wrester who is known for competing in the NXT development division of the WWE. In 2016, he was crowned the victor of the Top Prospect Tournament.

He originally competed under the name LI Green but was forced to change it after negative feedback from promoters.

His signature moves include the somersault plancha and suicide dive.

He was defeated by Michael Elgin in the 2016 Elite World Championship.

Lio Rush Is A Member Of