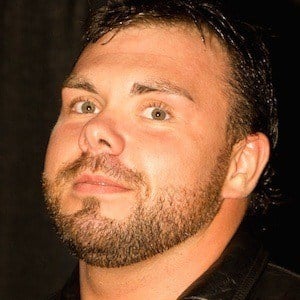 Canadian professional wrestler best known for his time at Ring of Honor, where he has been national champion. He also works at Pro Wrestling Guerrilla in Southern California.

He began wrestling at age 14 but entered the professional world in 2004 at a match in Hamtramck, Michigan. At first he worked in construction but would miss too many work days for wrestling, so he decided to quit and pursue wrestling professionally.

For the first few years of his professional career he still competed in independent shows.

His real name is Aaron Frobel. He married fellow wrestler Rachel Collins in July 2013. Their son Jax was born in September 2015.

During his time at Pro Wrestling Guerrilla he has served as PWG World Tag Team Champion with Brian Cage.

Michael Elgin Is A Member Of