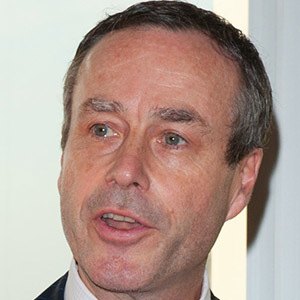 British journalist whose career reached a new level in 2005 when he became the editor of the Financial Times. He previously worked as a reporter for The Scotsman and as a business correspondent for The Sunday Times.

He earned his degree in German and modern history from St. Edmund Hall at the University of Oxford in 1978.

In 2009, he was given the St. George Society Medal of Honor for his journalism contributions.

His father was also a journalist. He and his wife Victoria have one daughter and one son.

Andy West and Dylan Jones are two other successful news writers who were born in the United Kingdom.

Lionel Barber Is A Member Of